40 years of diabetes: Where has tech taken us?

We asked Dave Sowerby, blogger with Type 1 Diabetes, to share his perspectives on the evolution of diabetes technology since his diagnosis, and draw upon comparisons with that of his daughter Martha’s experience.

This article reflects the experience, views and opinions of Dave Sowerby, and should not be interpreted as being a representation of a wider group of people with diabetes.

1979 seems such a long time ago and a completely different world, for everything from home entertainment to transport. On a chilly March day, 3-year-old me was slowly becoming weaker after steadily losing weight and drinking more. A visit from a doctor ended with me being driven to the nearest children’s hospital with suspected ‘Sugar Diabetes’. A week later my parents were sent home with glass syringes, steel needles and test tubes for measuring sugar in my urine using fizzing tablets, and a promise that the cure would be here in 10 years time.

Fast forward 40 years (or what should have been 4 cures!) and my 12-year-old daughter Martha was relaxing on the sofa after school, chatting with her mum about how she was needing to drink more and also feeling exhausted. Her mum asked if I’d test her blood, and as soon as the number 19.4 mmol/L popped up I felt an immediate chill; I asked her to do the one thing that I hoped would change the number, as it must have been wrong. She washed her hands, retested, and a similarly high number was shown.  All things considered, the rest of the day went very smoothly and after meetings with consultants, dieticians, and nurses, by 8pm we were all back home with two different injection pens, two types of blood testing machine and a new challenge for the family.

So how have things changed in diabetes tech in the last 40 years and what might arrive in the future?

Looking back now, the idea of placing glass syringes and needles into boiling water to sterilise them seems so strange. But it’s what my parents needed to do to keep me alive. The insulin available then also meant that injections were only twice a day, with meals fairly fixed in carbohydrate value and time of day eaten.

Over the years insulin has developed and so has the delivery method. After the glass syringes came disposable plastic ones, and these are still used by many people today as a reliable way to give their insulin doses. In the mid to late 1980s I was changed to an insulin pen and multiple daily injections. At the time the idea of having to inject four times a day instead of two didn’t fill me with excitement, but at least it meant I could eat when I liked instead of at the same time each day.

In 2011 I changed to an insulin pump – which meant I didn’t need to inject at all. The additional freedom and convenience offered here was again another massive step forward for me.

For Martha, she started immediately on multiple daily injections. She is a very keen football player and due to the amount of sport she plays she was able recently to switch to an insulin pump instead of injections, which fits her needs better.

Martha has now had Type 1 Diabetes for just over a year, and we are so proud that she has done every injection, blood test and, now, insulin pump set change herself. Technology allows her to sit in her classroom before lunch and deliver her insulin for lunch at her desk without anyone noticing. This is where technology wins for her every day.

Earlier I mentioned urine testing. This was a very crude measure of sugar in my urine, which showed if I’d eaten too much earlier. It wouldn’t show if I was hypoglycaemic so I had to keep a watch out for hypo symptoms.

Thankfully technology in this area has developed too.  My first blood glucose strips needed my parents and I to wait two minutes to then match the colour of the strip to the chart on the side of the container. The arrival of machines helped to improve this massively; numbers could be more reliably measured and then recorded in paper books for discussion at the next hospital appointment.

When it comes to Martha’s diagnosis, things were very different. Although we were given fantastic blood glucose machines that gave an accurate result with 5 seconds, it only took a few days before we put a flash glucose monitor on her arm to give a way to join up the finger prick dots. This step was another thing to make her life as easy as possible, as quickly as possible.

We now both wear Continuous Glucose Monitors that interact with our pumps to automatically adjust the amount of insulin being delivered, while also displaying our latest glucose reading on our phones. This is mind-blowing when compared to what was possible in March 1979!

The last ten years have seen incredible steps forward in diabetes management – back then, it would have been hard to imagine what is currently possible with the technology available today! The addition of technology has certainly given more information and made transition of data between the person with the dodgy islet cells and their health team much easier. So how can we guess what the future devices will be doing? Maybe we can’t but we can look at what we’d like them to achieve as that should be key for any new tech.

For me the development of diabetes technology comes down to choice and ease of use. Every individual with Type 1 Diabetes should be able to make the choice that works for them and have access that isn’t limited by where they live or who pays for their healthcare.

For my daughter I hope it brings tech that allows her to manage her diabetes with as little input as possible. It’s also vital that if her data is recorded in one place, it is shared automatically across to any reports that she runs.  If she needs her healthcare team to look at her data she should be able to call them up and they can see it live and up to the minute; wherever they are.

Assuming we are still in a world of injections and measuring blood glucose, I would hope that all devices can talk to each other and do the calculations automatically. So much technology is currently built into insulin pumps in relation to carb ratios, how long insulin lasts, and how much insulin it still active. Why can’t an injection device such as an insulin pen work the same way?

Then there’s the obvious other blind spot at the moment - carb counting. One possible dream would be reaching a place where a phone, or even a watch, can take a picture of a plate of food and automatically calculate how much insulin to deliver. After that either an insulin pump delivers this amount, or it pre-sets the insulin injection device for that person to inject themselves with. Or maybe by that stage we don’t need to inject anyway. We can dream!

For me the last 40 years have seen massive changes in living with Type 1 Diabetes; what will the next 40 years bring? 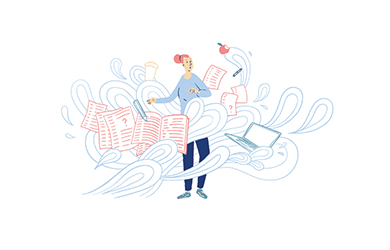 What's all this hype around diabetes technology?

Digital health solutions are here, promising to improve health and quality of life for people with diabetes. But can they live up to the hype?

What's all this hype around diabetes technology?

With so many different diabetes technology options available at our fingertips today, type 1 campaigner Nick Cahm looks back on how he managed his diabetes from diagnosis

With so many different diabetes technology options available at our fingertips today, Type 1 campaigner Nick Cahm continues to look back on how he managed his diabetes from diagnosis